In this thread you will post a self-critique of your video project.

A. What went particularly well
B. what would you do differently if you had more time?
C. If you were doing a related follow-on video project, what would it look like?

I feel like I asked good interview questions. If I had more time(and premier liked me) I think I would have added more clips of the family members interacting with the family member with Alzheimer's. If I were to do a follow up poster I would probably do a series of videos with the family in the environment with the member who had Alzheimer's with possible just them talking about the experience. Maybe even a silent film.

What went particularly well on the video project?
Well, I really enjoyed the freedom we got with it, it wasn't strict, and the amount of time we were given on it. It was a fun experience.

What would you do differently if you had more time?
I would do a lot more filming and choose from each clip what I thought fit most. It would be a little longer as well.


If you were doing a related follow-on video project, what would it look like?
It would look like the end of the world. But only because of personal reasons.
It would most likely be a better video considering it would be the second time working on the project, as well as a lot cleaner and more advanced. Now that I know what exactly to do, it would be easier. 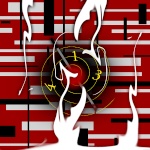 Even though I did not finish my video (due to yearbook work) I still feel that the process went really well. I recorded all of my videos and was able to edit them and almost bring them into one full video. If I could have done anything differently it would of been to actually finish the video. I also would've planned my timing a little bit better, but overall it went pretty well.

Something that went particularly well was the fact that I had an idea right away on a video and didn't have to struggle with a concept. Another thing that went well is that I already have my own professional camera and I had all the resources (people) I needed. If I had more time, I'd probably find something to add to it to make it more creative or artistic looking. If I were to do this video project again, I'd record everything on a tripod because I did not like how wobbly the video was.

What went well with the video, was that it was a snap to film. It was very fun trying to get my actors to do the actions I had envisioned.

What would I have changed? Everything. It was a silly video but very amateur-ish. I would have planned better for the lighting and the timing. Everything about it is very last minute. So if I had the chance I would have just scrapped it and started all over.

If I were to do a follow up, it would be a continuation of the "No" series, this time with an american couple. Completing the "No" Trilogy.

Despite the seemingly constant setbacks due to unavailability of actors and technical difficulties, I think the video turned out pretty well. The process of the filming and editing went pretty smoothly (most of the time). If I could do anything differently, I would try not to procrastinate so the film could be all that it could have been. I honestly have no idea as to what we would do for a follow up. Everything we wanted to express was expressed.

What went particularly well on the video project?

I thought the story line was written well and the video editing was not much of a problem. Video taping the project itself was difficult but I am happy with the end result.

What would you do differently if you had more time?
if I had more time, i would redo the recordings that have my head partially cut off. I recorded myself with myself which mad i t difficult to see if i was actually in the recording or not. If I could redo it again, i would have someone else help me record.

If you were doing a related follow-on video project, what would it look like?
I am not sure if my video would have a sequel because of the way it ends. if I made a equal, it would probably be similar to this story but bigger scaled like (if i could pull it off) CGI characters for the living drawings and other things similar to that. 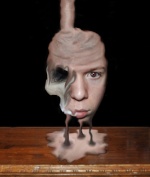 The parts of my video that went particularly well was the fact that my wig shipped from China in less than a week. I also had amazing help from Tonya and Danny and without them I know for a 100% fact that I wouldn't have been able to do it.

If I had more time, I would have done more filming for sure. I would have gotten more interesting scenes from different areas around the school. I also would have done a shorter song because everyday while I was in class editing, I only made like 15 seconds of progress and it took me forever and a day to turn in the video.

If I had to make a follow up video, I would make a music video to "Hold It Against Me" by Britney because Gimme More and Hold It Against Me are considered her "comeback" singles. I would probably get a different/better wig. 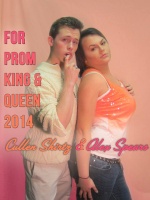 I had difficulties finding video editing software, because I thought I had iMovie, but I didn't. and I tried to find it, but it was impossible to find, And I eventually found video software that I liked.
And I got to work. I'm pretty much satisfied with how my video went. 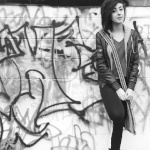 I feel as if the video editing went smoothly, It was fun,
and I got to bond with the star of the short film while doing so.
I would take more scenes rather than just having one setting,
and depending how much time i had,
i'd take time to take Chinook places in order to get numerous settings.
If I was doing a follow up project, I would do a video of her traveling all the places my cat travels,
like give a tour of her cat carrier.
And go places with her you wouldn't normally see cats at,
such as the beach.

All around this project went smoothly as soon as I started editing it.

Apart from the extreme tardiness of our video due to this, that or the other; everything else went fairly smooth. Once we beat the curse of procrastination, filming and editing was a piece of cake.

If I could do anything differently I would definitely get to work quicker, and maybe do a bit more planning even though everything worked out in the end.

For a sequel I would spend much more time displaying the alters, and I'd probably do a visual interpretation of a shift in character. The story-line would exist, and it would be complex.

Even though I did not finish my video (due to yearbook work) I still feel that the process went really well. I recorded all of my videos and was able to edit them and almost bring them into one full video. If I could have done anything differently it would of been to actually finish the video. I also would've planned my timing a little bit better, but overall it went pretty well. If we were to be given another video project, I would plan my time in advanced and actually stick to my plans. I would also select an option that is not too difficult and I would stay on track and remain focused.

This video project was very successful as a silent film, and my dog, Jack, had very good acting skills. I had no idea! However, there are some things the video had lacked. One, there should have been a better introduction to the plot, and two the song chose could've been different. If I were to make a follow- on video project, I would create a couple of scenes where Jack would go the so called "torture" of getting his teeth brushed. But overall this was a hard, yet exciting, project.

As an alternate assignment, I've been working on improving the school website. I fixed small errors such as formatting errors on the general info page, fixing a non-indented paragraph on the board page, and adding the 2012-2013 article link on the index page. I also fixed smaller typos and formatting issues.