Purpose: To get yourself in the habit of starting with a story.

Basis: Far too often a good movie idea fails because it was merely an idea and not a story.

Directions: Choose a genre and write one short story in that genre. The goal here is not to come up with an original tale. Do not try to be original at all. If you choose to write a love story stick to the basics: Guy meets girl, they fall in love. You could certainly add in the bits about how they dislike each other at first, or how they don't realize they are related or are mortal enemies, or whatever. But do not deviate from the basic story. The point here is to learn what it feels like to tell a complete, albeit short, story. Once you know how to tell stories you can start to tell them on film. Until you know how to tell a story your movies will not be compelling. Don't waste time making a bunch of flops. Instead, write up three short stories (no longer than a page each, as short as a long paragraph).

One more note: You may be shooting one of these stories, so don't include anything you don't have access to already (including actors, locations, or explosions). Write three stories that you could shoot today.

Looking Forward: Your next assignment will be to begin the process of writing a script for one of your stories. Do not start writing a script. Write one short story that follows the form of a genre. We'll get to scripts in a bit.

What to Watch: "Egghunt" (https://www.youtube.com/watch?v=52M5EfRkBBo) This short drags a bit (it would have been better if it were a minute shorter), but the story is simple and yet compelling.

The story takes place in present time about a sci-fi/horror movie buff who wakes up one morning to realize he is stuck in a 1950s Sci-Fi movie where aliens are invading and he is the only one who realizes it. In the film the main character is able to point out all the cliches and cheesiness of the supernatural events happening around him and tries to knock people out of their senses but is ultimately unsuccessful. The main characters goal is to try and find a way out of this 1950s mess, destroy the aliens, and get back to his normal life. 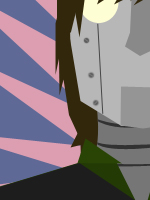 I'm a big weenie so I'm sending you a message privately. 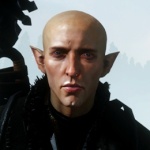 Re: Tell me a Story

There once was a boy that never really had good luck. No matter what he would do, things would not always go his way. For example in school, whenever he would walk to class he would trip at least five times in the same exact spot before reaching his destination. If that's not weird enough he actually sneezes at the worst possible times during class everyday and the teacher kicks him out class when the teacher knows he has no control over it. In gym class during basketball, soccer, tennis or pretty much anything that involves a hard object, this kid is like a magnetic force field during any of these games and always get hit with the ball. To shorten this already short story, this boy sadly has a gift for having so much bad luck.

It was a dark and clam night a girl was sleeping in her bed, but was soon awoken by a noise and she was scared and she though of her parents who she had been avoiding for they had been fighting a lot more then usawill but she didnt know what to do, so she headed to her parents room but when she opened the door they were not their she wondered where they would be and she moved to the steps and walked down stairs and when she did, she heard someone berthing heavily form the kitchen and in her total state of panic and desire the be with someone now she walked to the heavy berthing and when she whit to the kitchen to see her father with a knife in hand and her mother laying on the floor Daddy whats wrong with mommy? she asked making him turn around to her and he gave her a simile What are you talking about nothing is wrong with mommy everything how it should be. He said moving in closer I dont understand daddy. She said to her father Mommy wanted to talk you away form me, and I couldnt let that happen. And once he said this the girl looked over at her mother again and could now she that she was in a red pebbly Mommy she is bleeding! the girl yelled and tried to run to her mother and but her father dropped the knife and graded her Dont worry dear I will handle it you just please go to your room and let my fix everything. And without saying a word she walked out of the kitchen, on her way back to the stairs she grad the phone form the living room and when she got her room she called 911 Hello please my mommy has been hurt and she needs help, my daddy said he whole take care of it but I want a real doc to look at her daddy doesnt know anything how fix people. As the girls father walked upstairs the girl stood there on the phone the person on the other end asked what did the scene look like to her Well I heard a noise that woke me up and I whit to see what it was and I saw mommy on the floor and daddy was holding a knife. And after the girl said that the person on the phone told her just to sit tight and wait, but then her father came into her room Daddy how is mommy, did you fix her? she asked You told on me, didnt I tell you no one likes a tat ill tail? her father said pulling out the knife scaring her and e came to her but she got around him and ran out of the room and to the front door and heard sirens and saw red and blue lights out side but not soon after her father ran up and pinned her to the floor This what you get for being a bad girl! and just after he said that two cops bush the door down and point there guns at him Sir let the girl go! one of them demanded and the girls father got up holding her by the neck Get out of my house! he yelled After you put her down! She is my daughter and I will decide how she is pupshied! he yelled again testing the cops payions Sir this is your last warning, put her down! the cop said ready to pull the trigger NO! the father yelled and the cops fired the gun and it him right in the head

Father catches on and then pursues daughter with knife

Daughter stabs Father, Daughter runs out of the house, Police are there, She leads them to the body but nothing there except a knife

a young girl in the year 1900 is walking through a filed and notices a forestry path and sees a large male figure wearing dark pants with holes in them and dirty skin and a black hooded cloak with chains extending from the shoulder to the waist and from the waist to the ankles. He was missing a finger as well. He walks up to the young girl.
" my birds shall carry their new seed."
He lets loose about a dozen crows as long as a foot and black as the night. they peaked,scratched, bit,and screeched until one crown lands on the girls wrist and presents her,her smallest finger.This makes the girl angry,bitter,and dark...like a crow she waves her arms in her frustration and sends the crows away. the man has vanished and only left a pile of black feathers. on her way back home scratched, bloodied she hears the sound of a coin hitting the ground from her pocket and before she is able to turn around and pick it back up she sees nothing else but a crow flying onto her shoulder coin in its beak. there were suddenly dozens of crows non were hostile but they were all watching her. what did that man do to her?

A father gets his son a guitar for his 13th Birthday. As a father that loves and appreciates arts, specifically music, he is really hoping that his son follows his and his fathers footsteps. He starts taking lessons and learns to play guitar. To no surprise, he starts becoming a lover of music and wants to grow up and become a musician. After going through depression and hard times with his parent's divorce, he always turns to music for comfort. But after a terrible car accident. putting his father into a coma and losing the ability to use his left arm, and becomes unable to play guitar. The boy is crushed, having his father hurt and in a coma, he has trouble coping with all the stress. He starts getting hopeless and feels powerless not being able to express himself artistically and emotionally. So he decides to start reading, reading different books about art and music history. Later he finds out someone who shares his story, a boy who starts playing guitar, and later is diagnosed with Parkinson's disease to the point where he is unable to play as well. They both travel across the world, meeting, and becoming great friends. 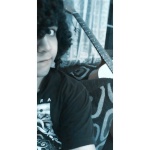 Zach and I have decided to work together, and this will be the outline of our story.

Zach is heading home from school one day, and checks his to-do list that his mom wrote for him. He's completed his schoolwork, and only has a couple chores; but he has to run an errand. His errand is going to the grocery store. He decides to head to a nearby store and get the groceries for his mom.

Zach heads into the store, grabs a cart, and begins shopping. Unbeknownst to him, he has a piece of paper taped to the back of his hoodie, saying in bold black letters: KICK ME! This is noticed by another customer in the store, played by me.

The customer notices the paper, and wants to take it off, but is too shy to do it directly. But, does it bug him so! Thus, the majority of the film is the customer trying to sneakily take the paper off Zach's back, resulting in funny shenanigans.

At the end of the film, another customer played by Zach's sister will pass by, and casually say that he has a sign on his back, and asks to take it off. Zach says please and thank you, and I will fume over how simple customer B made it look, and that's the end.

A college kid needed tom pay his tuition, but had no job. He came up with a plan, instead of drugs, he'd sell Twinkies. He started selling them around campus and was making more money than he expected. One of his college professors offered him 2,000 dollars for 3 tons of Twinkies. He gives his professor the Twinkies and with the money, he only paid for his books.