Concept: A man finds himself lost in his own mind, wandering through his dreams, memories and nightmares. He fights his deep dark personal demons on his way back to reality.

Title: A Smooth Sea Never Made a Skilled Sailor

Concept: This is a story about two girls who are in high school but never recognized each other until this one day they ran into each other in the hallway. They started hanging out with each other more and more and eventually fell in love. There names were Lauren and Camila. There was only one problem though... the summer before Camila suffered an extreme car accident because of a drunk driver. It's a miracle that she's still alive today. I bet you're on the edge of your seat to find out what happens next.

Title: Behind the love

Title: Finding Myself
Author: Avery Cooks
Concept: After depression filled years of hating herself, Avery finally decides to change. She does everything in her power to change the way she thinks and feels about herself and in general. The process is long and hard and she wanted to give up. But as she pushed through it, the outcome was everything she had hoped and dreamed of.

Red like roses fills her head with dreams bringing her to the place her mother rests. A young girl, Ruby Rose, and her older sister, Yang Xiao Long, go on a journey to find the person who killed their mom, Summer Rose. On their trip they encounter monsters, magic users, and much much worse. Can a 15 year old girl and her 17 year old sister make it to their destiny with barley any training in fighting styles, and find out who killed their mom?

Through & Through
By Jess Davis

A housewife in the 1950s attempts to leave her abusive husband but doesn't have any of her own money. Desperate, she steals one of her husband's inventions to sell on the black market and is accidentally transported to an alternate reality. At first she is thrilled with what seems to be a perfect and equal world, only to discover that this new reality is much harsher than her own. 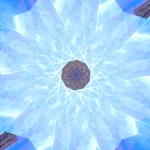 Summary: A girl who's sick of her home life and the same old boring ways decides she's had enough. Leaving all her things behind, she decides to travel all around the country seeking new adventures and living life to the fullest. A new life.

title: The raven is watching
Author: Gerame Morris
summary: A man going through his life in a dream and when he wakes up he sees a raven watching from afar, waiting for death to come.

Concept: This book is about the life of a girl that calls her self YasmineKardashian. She's a high school student that is just trying to make it out in this world, real world & social media world of course. This is basically a reality tv show but, in a book.

My title of my book is Put The Gun Down. This story is about the gun violence in Chicago that affected a new family who just moved to the south side of Chicago.

This book is a book about the boy who wants his father to love him but his father refuses to do so. The boy does every and anything to mess his father life up and the boy gets in so deep in to this situation that feds are watching his every move. This book will be called THE BOY WHO CRIED FATHER by Brandon parker 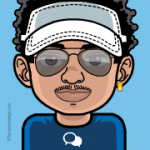 "humanity has reached its peak. new inventions have been made. its the start of a new era, one in which we can live under water." Alfie had repeated that over a thousand times. Alfie was a boy who lived on the surface and was afraid of the water. Theo was a Boy who lived in the water and very rarely visited the surface. will finish later

Concept: They called the boy a monster, he bore skin as gray as ash, sharp hooked teeth that jutted from his mouth, eyes as red as the rarest ruby, and pupils in almond shaped slits. They killed his mother along with his father, and now he has nobody. They forced him into the Circus, where he has become the main attraction. The freak show dragon boy, known only as a monster. Exiled from society, and imprisoned in a cruel circus act, it's a wonder he hasn't gone completely mad.

Concept: My book is about a boy that starts his own T-Shirt business he started off being a paint artist he didn't know he was good until he got a call from a famous paint artist so the boy started making cool designs so one day he was showing his painting off and there was this person talking to him about graphic T-Shirts and the boy thought it was creative so he started making his own designs on T-Shirts.

Book-All About The Kiddo
Author-Me
About The Book-A girl childhood growing up and everything that happens about her and her life hood. telling you about all she been threw

Desc. Dylan and his friend Stephen are trying to make the best playlist in the world. They have to find songs that aren't popular and deserve recognition or just big artist.

title: at the edge of the storm
author: Casper Vollbach

"humanity has reached its peak. new inventions have been made. its the start of a new era, one in which we can live under water." Alfie had repeated that over a thousand times. Alfie was a boy who lived on the surface and was afraid of the water. Theo was a Boy who lived in the water and very rarely visited the surface. in the water, people have made some time of bomb shelters since the earth has gone into a complete whirlwind of storms and natural disasters.

Replies up to here are graded. 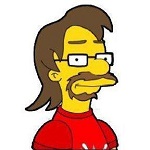